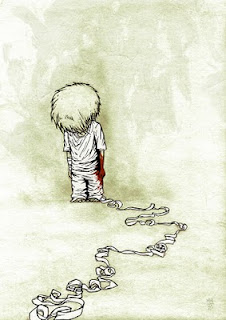 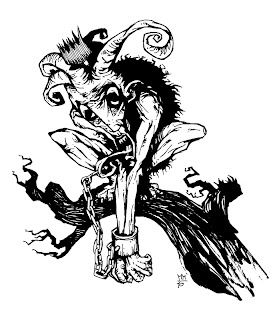 Anyway, I like the way the tree branch came out, there's a nice sketchy touch in it, a very rare thing in my usually rigid inking. Maybe I try the same for some serious drawings. But thank you, my little horned friend, you made me remember something I hadn't thought for some time.
Posted by Markku at 10:03 PM No comments:

we are growing apart 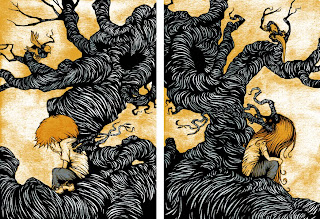 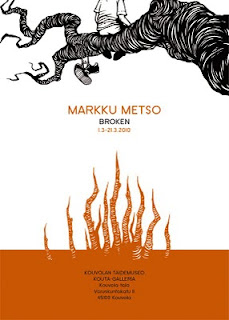 Go check it out if you happen to be in the neighborhood.
Posted by Markku at 9:01 PM 4 comments: