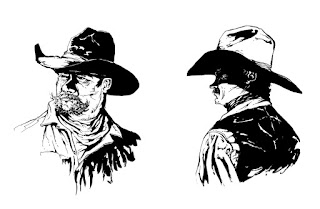 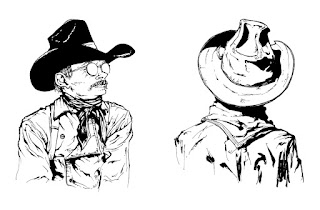 Posted by Markku at 8:38 PM No comments: 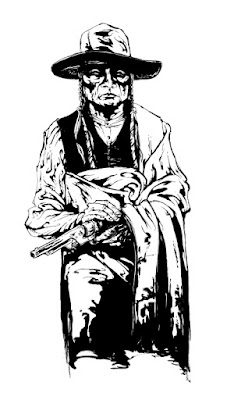 Posted by Markku at 1:09 PM No comments:

About the graphic novel

Years ago when I tried to draw my first graphic novel, my research for the story was next to nothing. I just started to write and draw a lovecraftian horror story situated in the early 20th century English countryside, with no actual knowledge how the clothes, or buildings or anything looked like. Just the images I had in my head, my world, my assumptions, my feelings. I tried to draw the story just like I had did my individual pictures before, drawing everything from my inner world and thoughts. It had worked for me before, why wouldn't it work now, I thought.

Last Autumn, when I was in Edinburgh, Scotland for a month, I started to write a story about the viking invasions in Britain and Scotland and did research for it; spending time in the Edinburgh library going through books of the subject, visiting actual historic sites and photographing them and nature of Scotland and visiting museums. And I had a quite a lot of knowledge of Norse mythology before, so there was a story developing in my head, about the clash of different religions in the times of viking invasions, old Norse gods, the Christianity of Scotland and of course the old pagan religions of Celts and not forget the Picts either. I continued my research and writing of the story when I got back home.

But still the whole subject was quite new for me, and I was thinking what is the subject I know best? Was there something I already had a good basic knowledge of, so that I wouldn't have to start from nothing? The answer was quite obvious. Since childhood, I have always been interested of North American Indians. If there is one subject in history I know best, it's that. I've read every book of the subject I got my hands on, watched every Western movie, read every comic book which had Indians in the stories and was always irritated by the factual errors and the stereotypical and erroneous portrayal of native Americans in popular culture. And since my childhood and youth, my knowledge of the history of native Americans has just grown deeper. So why wouldn't I do  my graphic novel about them? Why wouldn't I write a story that would try to avoid all the stupid cliches and errors so many of the Western movies and comics are full of?

The only doubt or objection I got from myself was about the artwork. In my head the artwork of a Western graphic novel has to be very realistic, way more realistic than I can draw. Maybe that's why I didn' before give it another thought that I would draw a Western. My head was so full of the amazing images by the comic artist like Giovanni Ticci, Jean Giraud and Corrado Mastantuono that I just couldn't see any other way to draw a Western comics.

But that would be just another petty excuse, not to do something because comparing to someone else I wouldn't be good enough. Why would I need to be able to draw like Ticci or Giraud, why admiring and enjoying their work would lessen the value my own work?

And concerning the artwork, wasn't one reason behind for this whole graphic novel idea to force myself to learn to draw better, and get me out of my comfort zone, to challenge myself to do something new? So there is no reasons not to do this.

From now on this blog will be filled with lots of sketches for the graphic novel. I'm not planning to draw even one panel of the final story in the first year of this project, I've learned from my mistakes. First I do a lot of research and writing, a lot of sketches of everything and then I'm drawing a couple of shorter stories to get the artwork right.

For the past months, my thoughts have been mostly in the 19th century Great Plains with the Lakota and Cheyenne and I'm planning to spent more and more time there. I'll try to get you all there too. 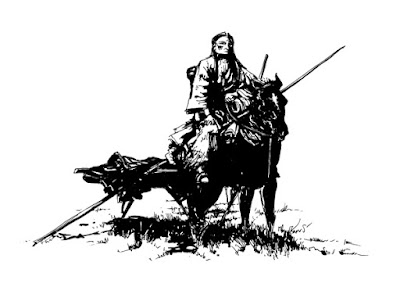 Posted by Markku at 1:13 PM No comments: